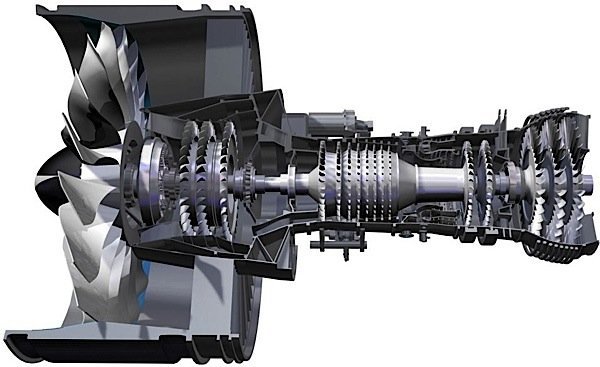 Pratt & Whitney’s design that decouples the intake turbine and the engine shaft.

Asheville – At their November 5 work session, Economic Development Director Tim Love presented the Buncombe County Commissioners with a preview of the incentives package the county is expected to approve for Pratt & Whitney (P&W) after a November 17 public hearing. P&W is a Fortune 39 aerospace company that boasts 40,000 employees and 2019 revenues of $21 billion.

P&W intends to use the Asheville facility to manufacture its patented geared turbofan (GTF) engines. The design realizes significant improvements in efficiency, noise, and environmental impacts by inserting a gear box between the turbofan and the shaft that turns the engine. GTF engines are used widely by commercial carriers, but P&W also fills several military contracts.

P&W intends to create a one-million-square-foot facility off Brevard Road, just south of the storied Ferry Road property. Earlier in the meeting, staff informed the commissioners they had sent out a Request for Qualifications for parties interested in developing the Ferry Road property as a mixed-use, multimodal development. The county has tried many times to sell the property to no avail, in part due to concerns about traffic and disruption of an area of natural beauty next to the Blue Ridge Parkway. Until recently, the parcel’s title had been complicated by its involvement in the now defunct “Asheville Water Disagreement.”

The parcel P&W would develop, while not immune to the same community concerns, would at least have a less complicated title, as it was made available through a land grant from Biltmore Farms. Other partners credited for inducing the manufacturer’s decision to locate in Buncombe include the North Carolina Department of Transportation and the Gold Leaf Foundation, Duke Energy, the Appalachian Regional Commission, the Community Betterment Foundation of the Asheville Area Chamber of Commerce, and the local Economic Development Coalition.

Through a Job Investment Development Grant, the state is making available up to $15,543,000 in performance-based economic development incentives, payable over twelve years; and the county is offering up to $27 million, payable over at least ten years, depending on how long it takes P&W to meet job and investment targets. In addition, AB Tech and the North Carolina Community College System are committing to investing $5 million in the construction of a training facility especially for P&W, as well as $2.6 million for ten years of its operation.

For its part, P&W would create 800 new jobs with an average wage of $68,000 and invest $650 million in constructing and equipping the facility. Construction is expected to create over 600 contract jobs, and then there are the secondary and tertiary economic multipliers. To Love’s credit, the multipliers are running between 1 and 2, which is within the realm of plausibility, unlike the hundred-fold returns typically projected under a previous Buncombe County administration.

The county estimated the project would annually, at full buildout, pay $2.5 million in local taxes, $6.1 million in state taxes, and $23 million in federal taxes. The one-time construction jobs would pay a total of $1.3 million, $2.8 million, and $9.7 million in respective taxes.

P&W’s “TBD impacts in corporate philanthropy, hiring practices and benefits, home ownership, economic mobility, and global competitiveness” were not elaborated. But Love expected less-quantifiable “ripple effects” from P&W’s impact on the local aerospace economic sector, indicating that the company would not be locating in Buncombe County had local government not stepped up to incentivize GE Aviation’s move to the area.

Buncombe was winning to the dismay of economic development agencies in Connecticut. There, P&W had already been downsizing to shift labor and operations to more cost-effective business climates even before the COVID-19 shutdown.

The commissioners heard updates on capital improvement projects proceeding in spite of COVID-19. For example, the county received necessary approvals to increase the slope of six solid waste cells at the landfill. The added height should extend the life of the landfill into five years, but Solid Waste Director Dane Pedersen said it’s time to start work on siting the next landfill. He also indicated “the landscape was changing nationwide” with respect to the county’s system for harnessing leachate gas for electric power, as the county’s contract with Duke for the purchase thereof is about to expire.

Work is also moving forward on the Enka recreation destination. The county-owned property next to the old Enka plant is being developed with vehicular and pedestrian connectivity between Biltmore Lake and Smokey Park Highway. Lighting is being added to the Bob Lewis Ballpark and soccer/hockey fields under construction. Other stations in the park will be designed for personal fitness training, dog socialization, and natural and historical interpretation. The improvements are made possible through $6 million from the Tourism Development Authority, $4.8 million from the Federal Highway Administration, and $1.2 million from county government.

Other projects include addressing a gap in radio coverage for public safety providers in Garren Creek, adding solar fixtures to 39 public facilities, replacing the leaking facades of 3 buildings downtown, fixing up libraries, fixing roofing, and completing a comprehensive facility assessment for both maintenance and space management.

The commissioners raised no objections to conveying utility easements for a previously-approved economic development package for Avadim. The pharmaceutical company hopes to have its facility just east of the Ingles warehouse on US-70 operational by January 2022. Avadim promised to create 551 jobs and make $20,400 in capital investments “but for” $881,960 in incentives promised by the county and payable over five years. 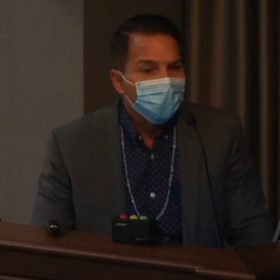 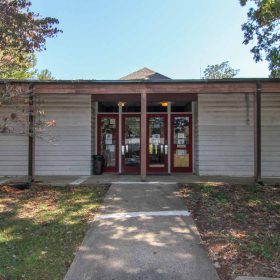 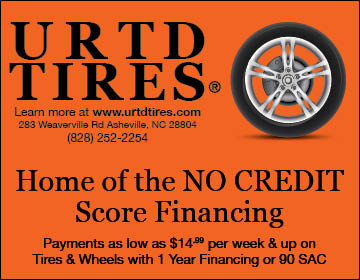 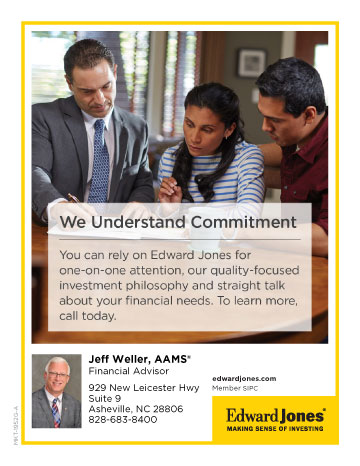