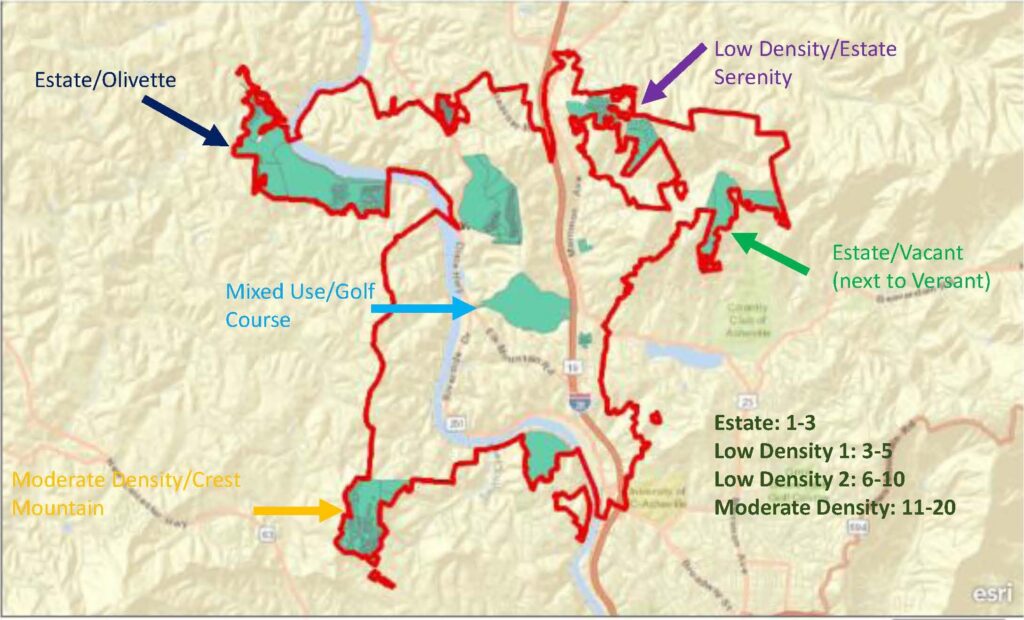 Woodfin has to revert back to old zoning ordniance.

Woodfin – Rumors are flying after the revelation that a May 2021 zoning ordinance passed by the Woodfin Town Commissioners is null and void. The news came at their August meeting when Woodfin Town Attorney Joe Ferikes made a statement.

However, there is now a rumor that Woodfin zoning actions since 2009 are illegal. Not so, says Adrienne Isenhower, Town Planner, “We are not concerned about the decisions made prior to 2019 and the adoption of new state law referred to as 160D. The changes proposed in May 2021 were in response to the new legislation. In order to be in compliance with that law and adopt the relevant amendments, we need to take a step back and get the comprehensive plan adopted.”

The Tribune met with members of the Town of Woodfin to discuss where the town goes from here. Town Administrator Eric Hardy explained the rush was to pass a comprehensive plan was about meeting a state deadline for 160D and had nothing to do with a controversial project known as the Bluffs, where approximately 1,500 units apartments are planned for the property that adjoins the Asheville City limits.

Now, says Hardy, adopting the comprehensive plan goes back to the town’s planning and zoning board which has 30 days to amake a recommendation to the board. If they don’t by the end of the 30 days, the commissioners can take action independently. Hardy admits it is a catch-22 situation but that the town is working to resolve it. Once done, there could be up to an 18-month period to tweak the plan where public meetings will be held to hear from residents.

“We made some technical errors…and that’s what we’re trying to correct, but at the same time we’re correcting it, we’re making sure we got this new stuff in here that the public has been asking for,” Vice Mayor Debbie Giezentanner explained. The technical errors the vice mayor spoke of has to do with the way the motion for the comprehensive plan was made, referencing the land use plan and a 10-day notice rather than an eight-day notice to the public. “I think the town is taking a humble approach to this,” said Hardy, going on to say that Woodfin is not the only place something like this happens. “There’s missteps I’ve seen everywhere I’ve ever worked. We’re taking a humble approach and saying, ‘let’s make sure we get this to the letter of the law with no variations’.”

Christmas Foods From Around The World

Town Looking for Input on a “Town Center”