Mills River – A “West is Best” fond memory of 30 years ago is of the West Henderson Falcon boys’ most prolific basketball team ever.

The 3A state runner-up Falcons of 1991-92 were honored at West this season, at halftime of a 54-47 win over historic rival East Henderson. Rick Wood coached West to more (29) victories than any Falcon hoops squad, and the West Region crown. They were unbeaten until falling in the title game.

Both West and Hendersonville had superb boys’ basketball squads in 1991-92. HHS won the state title — as it did in 1972 and 1987. The Bearcats beat Bladenboro 55-44 for the 1A title in ‘92. They were led by center Jason Thomas, and finals MVP Bobby Britt who scored 19 points. His son Jimmy Britt is a current Bearcat forward.

HHS has done better than most WNC squads in recent seasons. Bearcat boys (22-2) were top-ranked in 2A for much of this season, losing only to Mountain Foothills champ R-S Central in two nail-biters. The latest ended 81-75 in overtime, at R-S Feb. 9. Dwight Canady and Keenan Wilkins combined for 55 of 75 Bearcat points, and 17 of the first 19 for a 19-6 lead. HHS closed its regular season winning at Patton Feb. 11. Conference tourneys are next week. R-S as top seed hosts league finals Feb. 18. An HHS vs. R-S rematch looms then, and again in 2A playoffs.

The ‘91-92 Falcons were honored at center court at halftime of the East-West boys’ game Dec. 17. Their pre-game reception was in the media center.

The reunion was organized by retired coach and social studies teacher Wood, a recent school board member. The players also met for their 20th anniversary. This time West principal Luke Manuel, a hoops Falcon starting in ‘92-93, “graciously hosted” the reunion, Wood noted.

Wood said it was heart-warming to see eight of these players and a student manager. “We had a great time sharing and catching up,” he said. “Several of the players brought spouses and children. They talked about what they’ve been doing in the last 30 years. I also asked the players to share some experiences they remember from that special year.” He noted many are “successful in the business world.”

West’s closest call was in its playoff opener — a 72-71 squeaker over North Gaston. West beat East Rutherford by nine, edged North Surry by two, then defeated R-S Central 65-59 to win the region.

West lost the title game 72-66 to Eden Morehead. All but ten West points were by game MVP Richard Loftis (33, also 15 rebounds) and Philip Keefe (23) who was also all-tourney.

West won its conference tourney finals over Asheville Cougars and their 6-foot-10 center Steve Norton and 6-4 forward Leonard Little. Little was a sack master for the NFL Rams. Norton played hoops for N.C. State and Furman.

These Falcons were fearless and effective against taller foes. Keefe, the 6-2 starting center, guarded Asheville’s Norton well despite giving up eight inches to him. He bumped Norton within rules to keep him off balance and away from the basket.

Gritty Keefe and his burly 6-3 backup Alex Tolbert each spoke with The Tribune after they were honored on Dec. 17. Tolbert starred as a slugging first baseman and football tight end. He played baseball for Western Carolina Catamounts.

Keefe is best known as a hard-nosed Falcon running back, along with current Falcon assistant football coach Jay Young. Keefe was taller than peers in Rugby Middle and played center. The 1992 West grad stayed at center in high school.

West Henderson sported height across the lineup, to cause matchup problems. Tallest starter Rhett Ingerick was a slick 6-4 point guard.

Tolbert described Coach Wood as a supreme encourager and “calming influence.” The 1992 West grad could not recall Wood screaming at his players. But Wood expected much of them. Wood said his hero was legendary UCLA coach John Wooden – as a supreme organizer, preparer and motivator.

Trevor Jenkins “said he uses some of the fundamentals that he learned in that year, in helping to coach is son’s team,” Wood said. Jenkins and Chris Lapsley earned pilot licenses.

The Atlanta Braves reached the World Series five times in the Nineties, starting in 1991 and ‘92 when those Falcons shined. Thirty years later, the Falcon legacy thrives. It inspires current players with lessons about preparation, effort and tenacity. 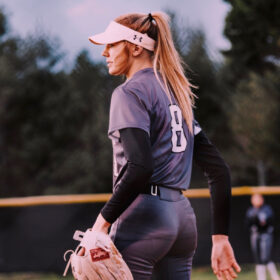