In Case You Missed It - TribPapers

“Lyrics” (words) in the songs that were performed during halftime….

Remember, the NFL’s Roger Goodell approved everything ahead of time that was broadcast.

The NFL (National Felon’s League) is becoming dominated by thugs.

Snoop Dogg (one of the “profane-entertainers” performing in that halftime show) collaborated on a song in January with the following lyrics:

Take your guns that you using to shoot each other

Proud of the growing diversity we are experiencing in our culture?

Meanwhile, the classic “To Kill a Mockingbird,” has been removed from a Washington State school’s required reading list because it contains racial slurs.

And Roger Goodell, the shameless $63 million per year pandering phony top voice of the NFL, slaps “Stop Hate” and “End Racism” along the backs of end zones and players’ helmets, then invites Snoop Dogg to be the star of the Super Bowl.

Maybe Snoop will be granted a police escort to the stadium. For his safety, of course. NYPD officer Jason Rivera, 22, was shot dead with an assault rifle while responding to a domestic violence call in East Harlem. His partner, Wilbert Mora, 27, died from his wounds four days later.

And now…It must be time to get back to vilifying truckers and policemen… Or, maybe not…

The continued realignment of working-class Americans toward the Republican Party is one of the more fascinating political traits today. It essentially began in the 1970s, when Pat Buchanan, then an aide to Richard Nixon, noted the working class “were clearly coming unmoored from the great FDR coalition.” If the Reagan Democrats and Trump’s embrace of middle America were high points for Republican outreach to workers, figures like John McCain and Mitt Romney represented the low. Now, Florida Gov. Ron DeSantis is siding for workers against big businesses by denouncing forced masking policies.

“Too many businesses, particularly corporate chains, force their employees to wear masks all day,” declared DeSantis. “This is unfair to the employees, who should have the same choices as everyone else. It’s past time for these workers to be liberated from corporate forced masking policies.”

DeSantis continued noting that the rules and hypocrisy surrounding masks promote a two-tiered society. The Florida governor again reinforced his belief that most masks don’t do much to prevent COVID-19 transmission.

While kids in schools often receive the most attention regarding unfair masking policies, lower-level employees of corporate chains are an issue that’s finally receiving more attention. DeSantis and others argue that forced masking, particularly in the corporate world, is creating a class system —where lower-income employees have fewer choices when it comes to masks. Complying and keeping your job or getting fired are often their only alternatives.

“I think it’s wrong to look down on somebody or to act like they should have to abide by different rules than me or you or anybody else,” DeSantis said.

Many libertarians will cry out that private companies can do whatever they want, and while that’s true, DeSantis’s point is still valid. Additionally, the Florida governor is only suggesting that companies change their policy. He’s not ordering them to do so with a stroke of the pen. Yet, the left is continually applauded for demanding income redistribution by corporations and all kinds of voluntary or even forced social engineering in the private sector. Although in fairness, their anti-business rhetoric has tapered off given their current control of Washington and a growing partnership with woke corporate board rooms.

The strength of DeSantis’s point lies in the simple fact that as governments move away from mask mandates, and many companies don’t even bother to enforce them for non-employees, compelling them for staff is obvious theater. Worse, it can make employees feel like they are part of a lower caste, where workers such as restaurant servers are pushed further toward anonymity.

Instead, one masked group verse unmasked consumers should conjure up uncomfortable feelings or general uneasiness, particularly given that so many Americans have long shed them already. This uneasiness is doubly noticeable when images from the Super Bowl — complete with wealthy celebrities — are incessantly plastered across information mediums. Who can forget all the lockdown orders ignored by politicians, some who even vacationed in Florida to escape their own draconian mandates? “Rules for thee but not for me,” as the popular adage goes.

If celebrities, politicians, and executive leaders can choose to be unmasked, and the vast majority appear to precisely choose that, why are many workers in lower-paying jobs barred from similar choices? Just because a private corporation compels something doesn’t automatically mean that equates to more freedom.

DeSantis has become a political lightning rod; increasingly he causes visceral reactions and implosions at the mere mention of his name. Yet, many of his statements are rooted in common sense and from prescient cultural observations. Treating people with dignity and respect is something often lost in today’s political climate. While DeSantis is politically wise to make this point about masks, more importantly, it shows a thoughtful concern for others and the burden they carry. 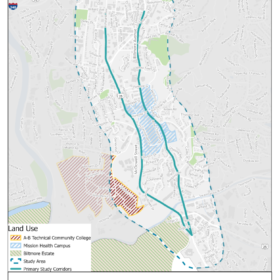 Shindig on the Green® Returns to Pack Square 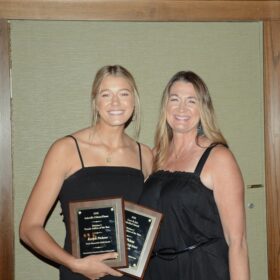